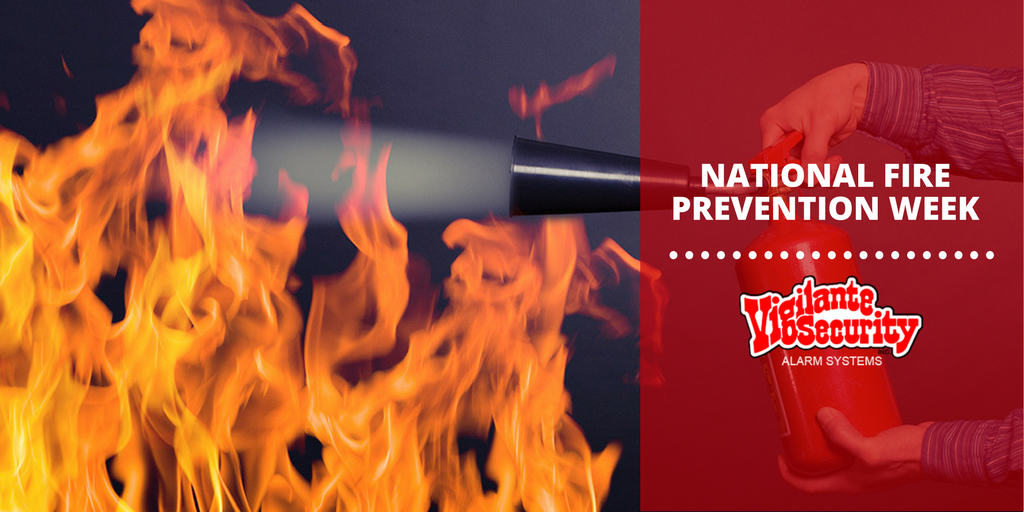 It’s National Fire Prevention Week (observed in the U.S. during the week of October 9) and we thought this would be the perfect opportunity to remind you that fire alarms save lives.

Here’s a little bit of background about this awareness week: the first Presidential proclamation of Fire Prevention Week was made in 1925 by President Calvin Coolidge. The National Fire Protection Association (NFPA) continues to be the international sponsor of the week. When President Calvin Coolidge proclaimed the first National Fire Prevention Week on October 4–10, 1925, he noted that in the previous year some 15,000 lives were lost to fire in the United States. Calling the loss “startling”, Coolidge’s proclamation stated: “This waste results from the conditions which justify a sense of shame and horror; for the greater part of it could and ought to be prevented… It is highly desirable that every effort be made to reform the conditions which have made possible so vast a destruction of the national wealth.”

In 2016, there were 3,390 fire deaths and 14,660 injuries. Automatic smoke detection equipment was available for nine of the 11 catastrophic home structure fires. Six homes were equipped with smoke alarms. Five of these systems did not operate: two systems were disconnected, two were missing batteries, and one was destroyed in an explosion. In one fire the operation was not reported.

The Fire Prevention Week commemorates the Great Chicago Fire. On the 40th anniversary (1911) of the Great Chicago Fire, the Fire Marshals Association of North America (FMANA); the oldest membership section of the National Fire Protection Association (NFPA), sponsored the first National Fire Prevention Day, deciding to observe the anniversary as a way to keep the public informed about the importance of fire prevention.

Approximately three out of five deaths occur in homes that have alarms that either don’t work or don’t have alarms installed at all. When smoke is detected in your home or workplace, a properly installed fire alarm sounds instantly, alerting you of the danger and giving you proper time to evacuate the building.

To learn more about the fire alarms that Vigilante Security can install in your home, contact us today: (844) 698-4445.