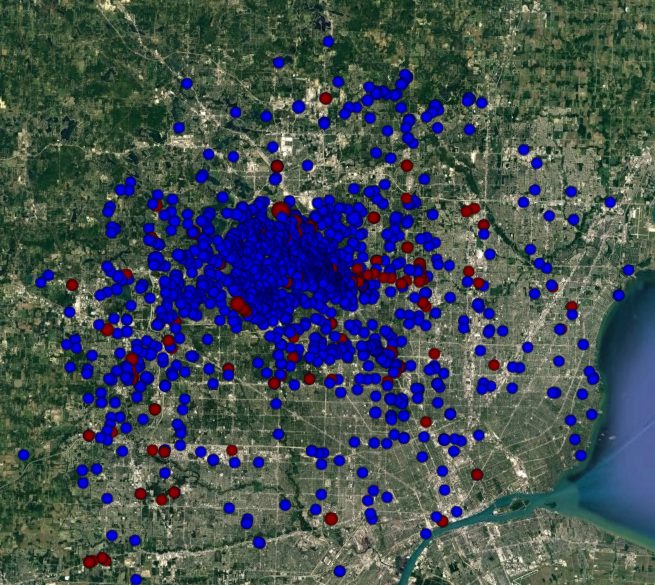 The historic 2017 Atlantic hurricane season has proven just how crucial disaster preparedness is to keep alarm monitoring networks up and running for fire and life safety situations. The wrath of four major hurricanes Harvey, Irma, Jose, and Maria left a path of destruction across southern Texas, Louisiana, Florida, and the Caribbean islands resulting in a combined total of over 200 reported fatalities and economic losses estimated at almost $2 billion (USD).  Recovery and rebuilding efforts in Houston, Miami, and Puerto Rico will be extremely difficult and even more so for the smaller areas affected outside of the U.S.  As power is slowly restored, there are many victims still left in the dark and a lot of areas are still facing a shortage of fuel along with waiting for grocery store chain shelves to be restocked.

Strong winds as high as 175 mph, storm surge levels exceeding 12 feet in some cases, and unprecedented amounts of rainfall in a short period of time caused downed trees, catastrophic property damage, and flooding throughout impacted regions. This devastation highlights the vulnerability of traditional emergency communications that rely on Plain Old Telephone Service (POTS) and cellular towers.  When landlines and mobile phones are down due to power outages, AES radio continues to transmit critical alarm signals even in the most challenging conditions such as earthquakes, floods, hurricanes, super storms, and wild fires.

Commercial Systems Group specializes in commercial life safety and security systems to protect people and facilities, primarily covering the greater Orlando, Florida area. Chris Inman, Vice President of Operations at CSG said, “After Hurricane Irma, we analyzed our network data and results showed that we lost roughly 20% of customers due to phone lines being out vs. only 1% of our mesh panels. An antenna bent down facing the ground needed to be replaced on one of our remote receivers.  Both mesh radio networks at the Orlando International Airport and CSG location stayed up during and after the storm.”

AES mesh radio technology provides the most reliable alarm monitoring solution available with the quickest response time possible, delivering critical event signals in just 1-3 seconds compared to the Internet or Telephone and Cellular which can be up to 45 seconds. AES radio signals keep operations running at peak performance with no telephone service, cabling, or generators needed. AES private network owners and operators have complete control over services end-to-end, without reliance on public service providers.