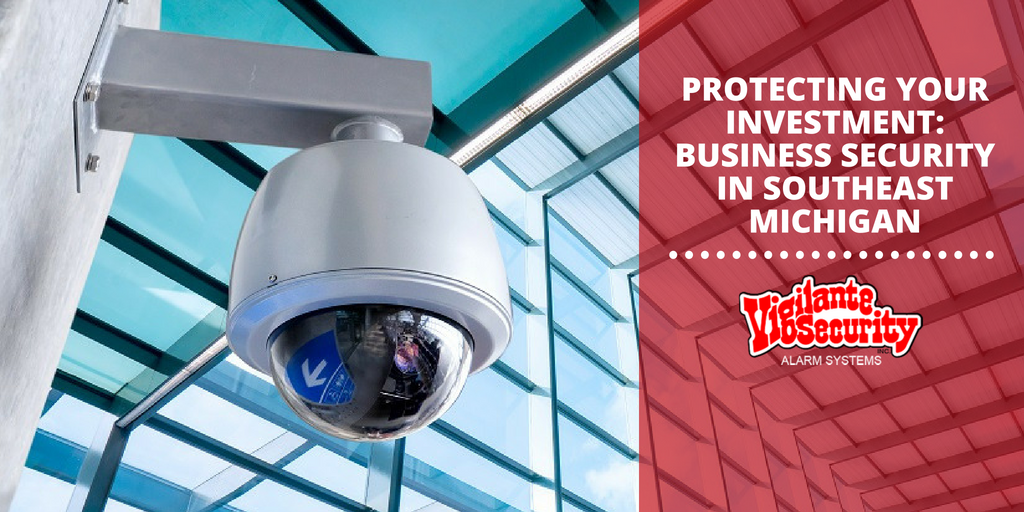 More than 30,000 burglaries and more than 7,000 robberies occurred in Michigan in 2016, according to the Michigan State Police’s crime reporting data. Although both numbers have decreased significantly since 2012, eastern Michigan still has some of the highest crime rates in the state.

For that reason, if you’re a business owner, business security is never something to be overlooked. Thieves and vandals often target office buildings and commercial properties in hopes of stealing money and valuable equipment.

Consider these recent incidents: Making sure that you and your investments are safe is always a good idea, which is why it pays to know what’s happening in your neighborhood.

Wherever you are in Wayne, Oakland, Macomb, Washtenaw, or Livingston County,Vigilante Security can help provide you with the protection your business needs. We offer professional alarm installation and 24/7 security monitoring, smoke and fire alarms and detection, environmental control systems, and video surveillance. Please contact us for more details.