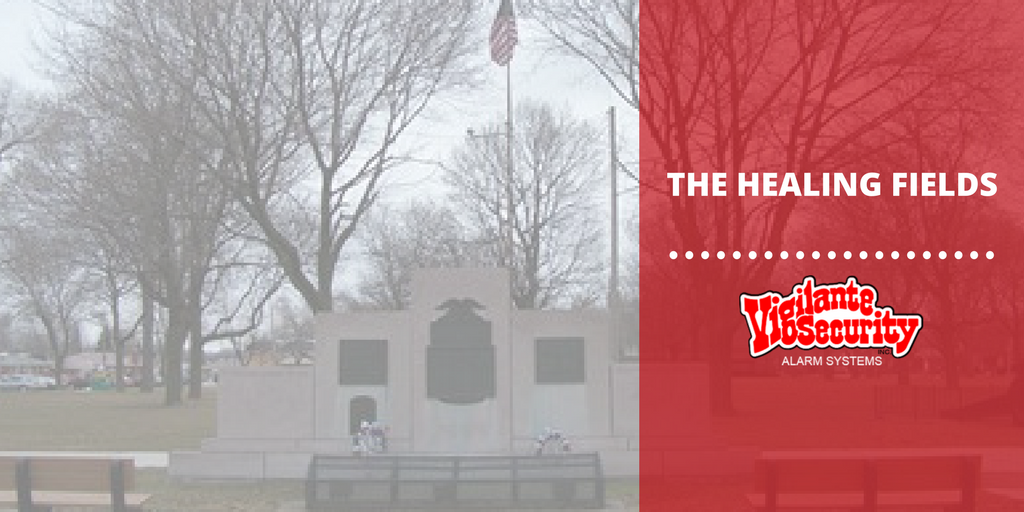 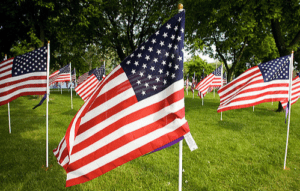 In 2009, I participated in a VFW Color Guard for the Memorial Day observance in my city. I thought it was going to be just like the many Memorial Day events that I have either participated in or watched. As I stood there on the sunny warm morning, with a nine pound rifle on my shoulder, I was preparing myself to melt in the heat listening to the Mayor and some other political hack give a speech about something they knew nothing about.

To my surprise that day, the local Exchange Club had planned a new way to honor the 111 residents of my city that were killed in World War II, Korea, Vietnam and the War on Terror – it was called a Healing Field. As an American flag was presented in front of the audience, each person was named, giving their address, service and date of death. Family members, or friends, could come up and stand with the flag as the information was read. Many brought pictures of these men. An elderly woman came up with her family and held a photo of her brother, a B17 bomber pilot, lost over Germany. After the information was given, the flag was placed in the open area to the right of the audience. Each flag had a plastic sleeve attached that contained the person’s information.

I have read these names on the plaques on the memorial in the park before. I knew these were real people, but I personally did not know any of them. When they read the addresses of these men they became real. I realized that they roamed the same streets I did as a kid. Most went to the same schools that I went to. One address was across the street from my house I live in now. Another was across the street from the house I lived in when I was a kid. I was moved to tears. The only War on Terror name was the son of a guy that was a few years older than myself that lived a block over from me. It was a touching ceremony – the best I have ever seen or participated in.

Once the names were all read, the area to the right was filled with 111 large flags. Each one, a colorful memorial to a resident of the city that left to do a job that was asked of them and did not return home. One yo 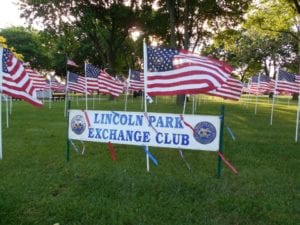 ung man, a sailor killed in action in the Pacific, was buried at sea. No grave to visit and place flowers on for his family. But now there was at least a visible memorial, other than a name on a plaque. The flags were left on display for a few weeks and then sold to the public or the families.

So this Memorial Day take some time to go to your local memorial that lists the names of the war dead from your town. Read the names and remember that they once walked the same streets as you, went to the same schools and churches, roamed the same woods that you did. You may even know one of them or their family. You can still have the cook out, watch a parade or the Indy 500. But take a few minutes to remember.